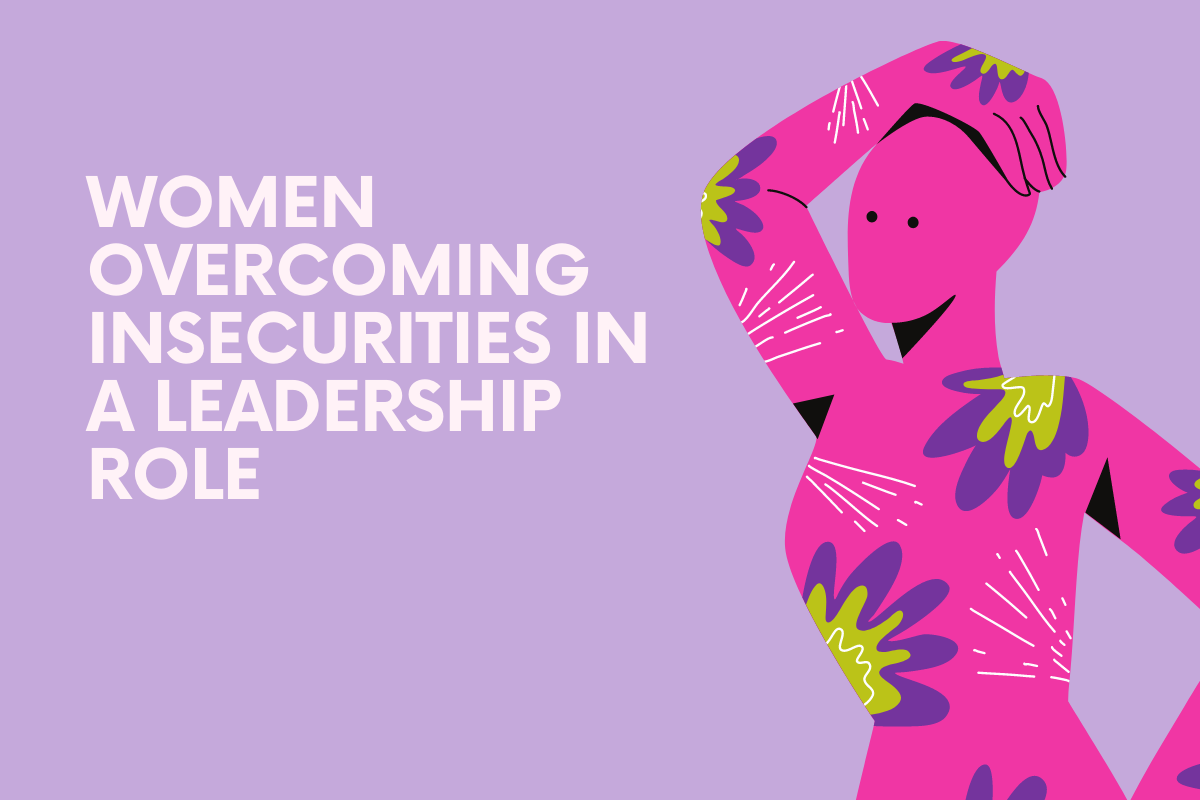 A personal story of how to conquer insecurities while never sacrificing your character. Life lessons don’t always come with a prerequisite. The lessons come at the darndest time. Though sometimes unwelcomed for leaders, some lessons are a passage way to your destiny.

The nerve of him. My General Manager told me I was not a good leader because my team (mostly young women, at least 10 years younger than me) I previously hired no longer liked me because one became the ringleader who [was of a different race] wanted my job and the accolades.  He wanted me to be more open and vulnerable with them…hang out, go drinking with them at a club when traveling. Basically, leave my whole family (including a chronically sick husband) to fend for themselves after working long, hard hours including weekends. Really?? This was the so-called support from senior leadership which led to some of my insecurities as a leader in my role because when people don’t like you, they make it harder for you.

I felt on my own and those insecurities begin to fester. I worked 10 times harder than anyone just to prove that I was a capable leader.  Despite the hard work and lengthy discussions with HR, I received absolutely no support. No longer did I feel safe. Soon, I began to realize the truth…I was on my own and couldn’t figure out why?

A person’s lack of support for you is often connected to their friendship with one of your enemies...

Being the only black female leader in the entire global organization were 99% were of a different ethnicity, I’m sure you can already see where this story is going. Despite the consecutive double-digit growth totaling millions of dollars, the BEST marketing strategy the company ever had, company awards and achieving the unthinkable in a short amount of time.  Well, none of that mattered when people don’t like you.  There I was a high achiever, yet worried that I could possibly lose my job, insurance and my husband could also die. The burden of office politics was heavy, both mentally and physically draining. The subtle and overt bullying was exhausting. My insecurities were piling up like leaves on falling from an oak tree on a Fall day.

The truth of the matter is there was nothing I could do to make this group of people like me because they wanted my job and me out.  My boss was a narcistic leader who could not be trusted as he had his own agenda. There is a quote that comes to mind from Marcus Gill that I learned later on, “A person’s lack of support for you is often connected to their friendship with one of your enemies”. Hindsight it always 20/20.

It’s really sad that personality conflicts with people who don’t matter and that have nothing to do with performance will somehow develop a gravity pull to your insecurities. On the job issues and conflicts sometimes tend to bring your insecurities to the surface… in ways you never thought would show up in your professional and personal life. Feeling that you are not good enough…I believe this is called the “imposter syndrome”. This is loosely defined as doubting your abilities and feeling like a fraud. It disproportionately affects high-achieving people, who find it difficult to accept their accomplishments.

In a recent poll of women in the workplace, 90% of women believe that in a leadership role, a man’s insecurities get overlooked, maybe even rewarded. In the same poll, 80% felt that women are often criticized, even outed for their insecurities. According to an article on Medical News Today, imposter syndrome can affect anyone and 9%-92% of people experience imposter syndrome.

Let’s face it, there is a disproportionate gap of women in senior level management and executive positions. According to www.americanprogress.org women of color are only 4.7 % of executive- or senior-level officials and manager in S&P 500 companies.

I’m sharing my story as I thought as I advanced to a higher level, that my skills, integrity and motivation would be enough for me. I was dead wrong. This feeling of “imposter syndrome” is definitely real. I have talked to several women of about insecurities and what I realized is that from one woman to the next, these insecurities are not all that different.

Moslow’s hierarchy of needs breaks this down for us. The need for belonging and the need for esteem are part of what he classed as psychological needs. Maslow argued that the failure to have your needs met can lead to mental and health issues. With most full-time workers spending at least one-third or 30% of their daily lives working, I would imagine the same ratio of Moslow’s hierarchy of needs are relevant at work.

1.   Trust your own instincts. You know that gut feeling you get deep down inside that signals your soul that something is off. Yes, that’s it.  Don’t ignore it. Instead, sit still and allow that instinct to speak to your brain and listen.

2.  Gain the right perspective when making tough decisions. Be laser focus on the right perspective. Don’t flip flop between this or that.  Don’t try to downplay any situation or you may miss the “ah-ha” moment with your brain finally clicks and your thinking is nothing but clear.  It is… what it is.

3. Work to fight problems one at a time versus trying to solve them all at the same time.  Rome was not built in a day! Step away in your quite space and think about the problem to solve and weigh the pro’s and con’s so you can have clear direction. Make the right decision based on the facts not how others feel.  Keep in mind that a big problem started off as a little problem that was never solved. Trying to fight the problem is never the right approach, look to solve the problem by breaking it down into pieces of a puzzle.

5.  Stay on the high road and keep your dignity no matter what.  If you feel he desire to step out of character at a job when dealing with uncouth individuals, then it’s time to move on. The best way to deal with this type of individuals is to stay on the high road…keep your head up… say what you mean and mean what you say. My personal favorite phrase is, “I just don’t roll like that” and when I say this, I definitely mean business.

6.  Pick your battles.  Know when to hold it all in, but also know when to take the shot. Just like a basketball game—know when to take the shot.  But know that you cannot take every shot. The angle and positioning must be right. The distance from the ball in your hands to the goal must be calculated correctly or you will miss the shot. Now, if you are a professional at taking shots, then go for the slam dunk or the 3-pointer. Learn how to walk away at the right time.

7.  Maintain your moral and spiritual compass. Integrity should never be compromised. Granted everyone has their own code of ethics which can totally be off base in any given situation. However, integrity is a skillset that must be maximized as well as incorruptible. Do not crack under pressure.

As female leaders, our responsibility is to do the right thing, even when our male bosses and counterparts seem to ignore their sense of humanity for the sake of pride and arrogance. As women, we often nurture families and generations with finesse, intuition and a great amount of intelligence. This should also be applicable in the workplace as we need to build more qualified and responsible women leaders in the right way, not the bad way.

Your talent and gifts led you to the position you are in now. It is your responsibility to stand tall and flush out those insecurities with courage and wisdom. Insecurities are superficial, created by your subconscious mind.

Deep down inside, you will always know… you have to do what you have to do…even if it means walking away or the risk of losing that job.  Even if either one of these scenarios happens (I hope this does not happen), you will realize that there is something better on the other side.  At the end of the day, you must be able to look yourself in the mirror and know in your soul that you did the right thing. This is how I overcame my insecurities…well, after I showed them I had absolutely no fear.

I had to reduce the size of the threat to nothing. No threat, no insecurities. It’s funny how that works.  And now, I look in the mirror every day and am in a much better space mentally and physically. The only regret is that I didn’t know I was ME sooner.

Angela Burns is a writer, servant-leader, visionary and strategic marketing consultant with a passion for marketing, creating solutions and using her gifts for good in 2020. Co-Founder of PD Media Group, LLC, providing marketing services in all industries delivering extraordinary results. Angela is a well-rounded professional marketing leader with a master’s degree in International Business & Marketing, plus a second master’s degree in Marketing from Dallas Baptist University highlighting over 15 years of experience specializing in strategic & disruptive marketing, PR, branding & digital marketing in various industries such as CPG, Transportation, Health & Beauty, pharmaceutical and non-profit in leadership roles. She loves fashion, R&B and Gospel music, good movies and good food. In her free time, she enjoys spending time with her loving husband, daughter and twin Havenese puppies. 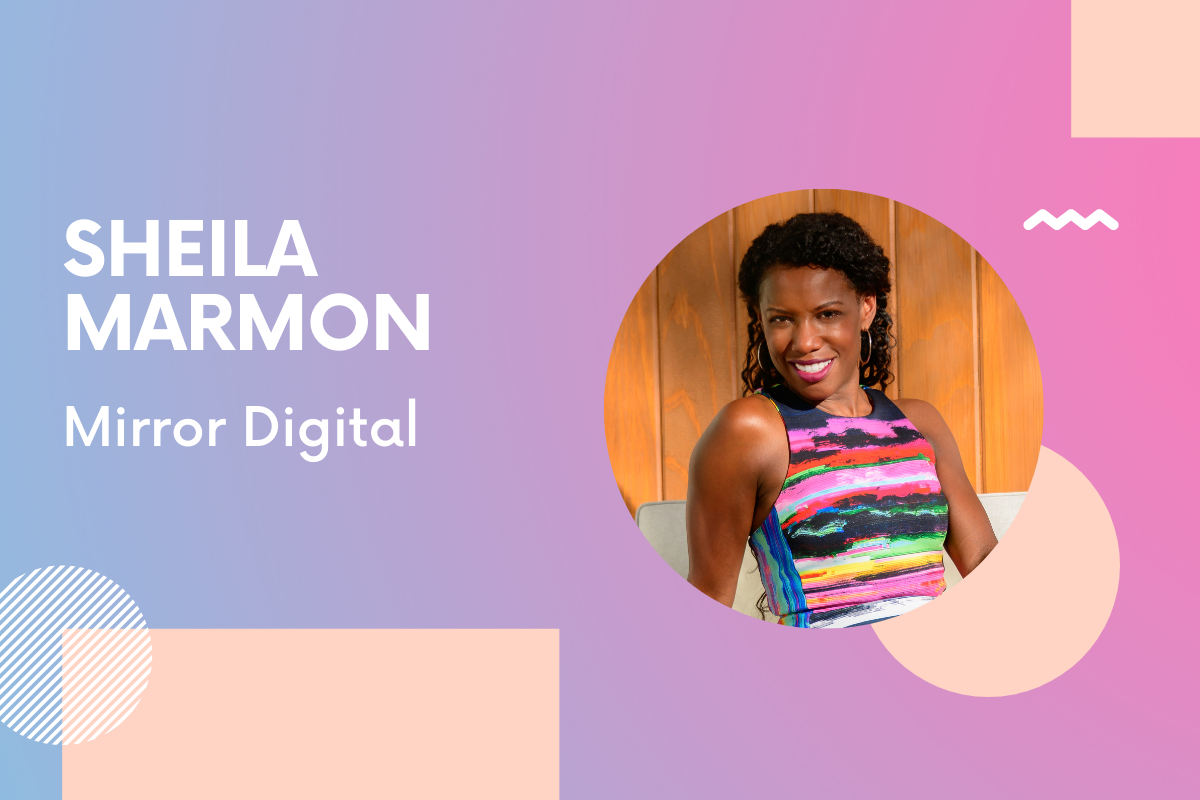 Mirror Digital Founder Sheila Marmon: 'I decided to focus on how innovation in media could help leading brands reach people of color on digital media platforms' 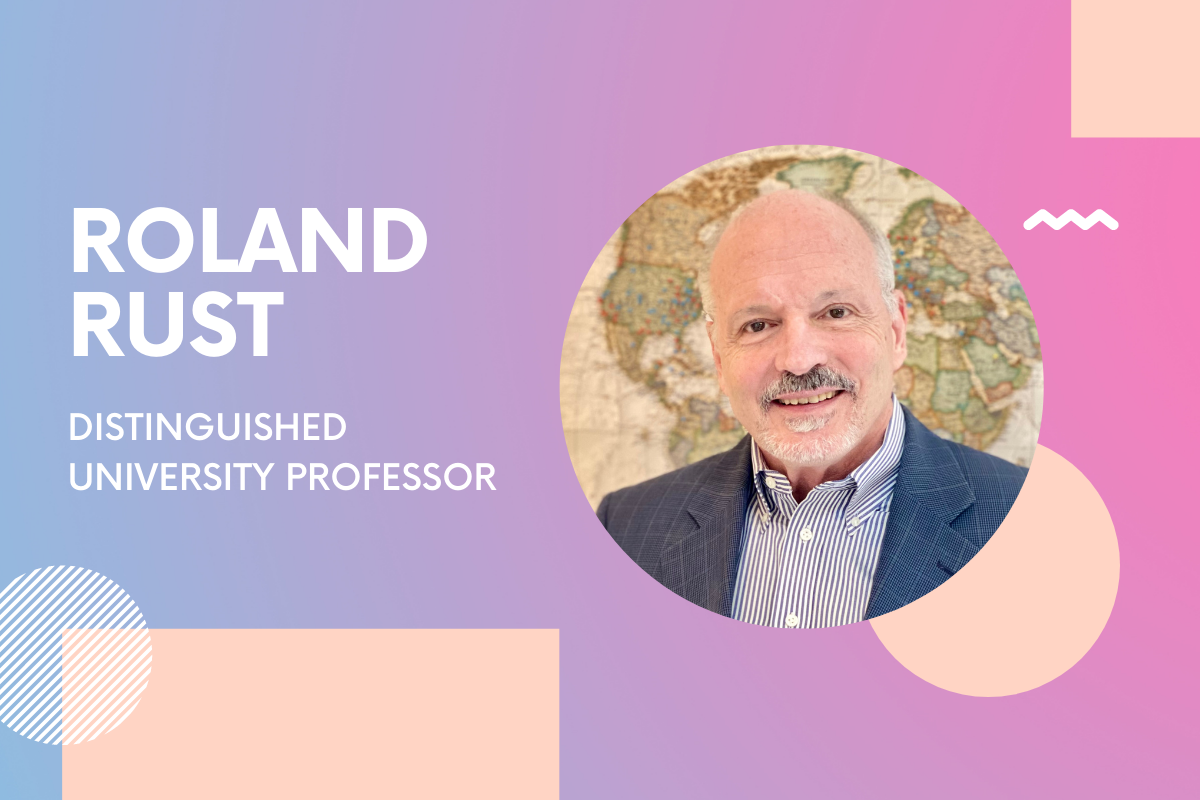 Roland T. Rust: 'The countries that are most women-friendly have several times the GDP of the average country'