The Land of the Rising Crypto 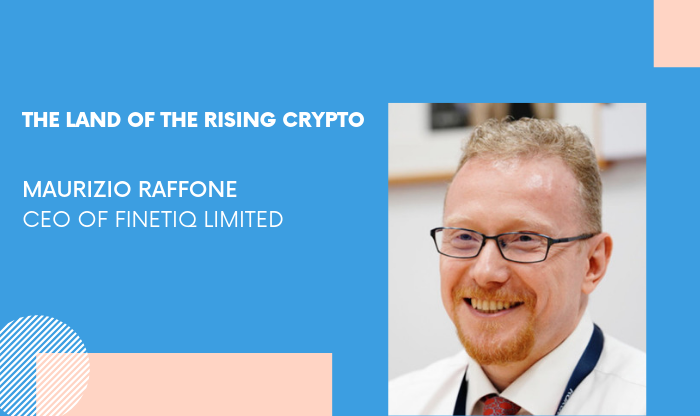 Several factors have made Japan a leading crypto nation, Maurizio Raffone, CEO of management consulting company Finetiq Limited, breaks them down and discusses what to expect for the future.

Japan has never been particularly well known as a financial innovator globally. The country’s prowess in manufacturing and efficient just-in-time production is a testament to the Japanese innovativeness and creativity, however innovation in financial services has historically lagged most other developed nations. Yet, there is a glaring exception: cryptocurrencies.

Cryptocurrencies (technically known as “virtual currencies” in Japan) are a legally defined means of exchange under the revised Payment Services Act of May 2016 which took effect in April 2017. Legislation also regulates how cryptocurrencies are to be exchanged and the regulatory requirements for virtual currencies exchanges, which fall under the Financial Services Agency’s supervision, (the FSA is Japan’s securities regulator). Currently there are 19 regulated cryptocurrency exchanges in Japan and the number is set to grow with over one hundred applications for further licenses currently sitting with the FSA.

The legislation and subsequent regulatory framework were a pioneering attempt at regulating a new market which had seen strong unregulated growth in Japan, but not without a major hiccup. In fact, in the early days of crypto adoption, Japan suffered a large blow to its reputation when the then largest Bitcoin exchange, Mt Gox, approximately accounting for 70% of Bitcoin trading worldwide at the time, suffered a hack and lost close to USD 500m worth of the digital currency.

Mt Gox was not unfortunately an isolated case. In January 2018, Japan suffered another major hack at a leading exchange. Coincheck suffered a loss of a large amount of a cryptocurrency called NEM, at the time equivalent to over USD 500m. When the hack happened, Coincheck was offering its services under a grandfathering agreement with the FSA as it had not obtained a license yet, and was later purchased by Japanese securities broker Monex and obtained a full license from the FSA in January 2019. Coincheck’s hack prompted a surprisingly forward-looking reaction by the FSA which published a series of guidelines relating to custody, governance, cybersecurity and compliance processes, and conducted a series of on-site due diligence visits to several cryptocurrency exchanges resulting in various improvement orders.

The legislation enacted in Japan went a long way towards normalizing the crypto industry and bringing it closer to traditional securities’ regulation. However, there were gaping holes that needed to be addressed, particularly around using cryptocurrencies as a means of raising capital. For a time in Japan, Initial Coin Offerings (“ICOs”) appeared to fall into somewhat of a grey zone, regulation-wise, and Japan became a hot market for ICO activity with marketing events in Tokyo from companies for all over the world. Notwithstanding such popularity, it quickly became clear that generally ICOs were infringing local securities regulations and the onslaught of budding digital entrepreneurs ground to a trickle.

Nevertheless, the industry-friendly and supportive approach by the FSA continued unabated, mostly in two areas. Firstly, it recognized the importance of creating a healthy eco-system and granted self-regulatory status to the association of cryptocurrency exchanges (the Japan Virtual Currency Exchange Association or JVCEA) in October 2018, which promptly issued an initial set of self-regulations and related guidelines, with the aim to have the JVCEA active in inspecting and monitoring regulated exchanges to enhance customer protection relating to virtual currency transactions.

Secondly, the FSA has been an important actor in developing a new set of legislative initiatives which aim to provide greater flexibility and usability for crypto assets. Fundamentally, the new legislation (at the time of writing it’s still being debated in parliament) addresses the nature of cryptocurrencies as virtual assets which can take several forms (so not just limited crypto to currencies) and provides additional requirements for custody services and margin trading.

Japan’s crypto market though is not just about regulation. The two largest exchanges, bitFlyer and Liquid (formerly known as Quoine) are now going to face stiff competition from a wave of established technology companies entering this space. Yahoo! Japan (which is majority owned by Softbank), Line Corp (Japan’s and South East Asia’s most popular social media company) and Rakuten (Japan’s largest e-commerce company) all own regulated cryptocurrency exchanges. Furthermore, they all benefit from large existing digital customer bases which, one could argue, tend to be in the ideal demographic crypto adoption. Therefore, not only Japan’s regulated exchanges provide an abundant choice of options for crypto investors, but we are seeing different business models being deployed, creating an exciting competitive landscape.

Furthermore, perhaps somewhat below the radar, several Japanese traditional industrial companies have adopted a progressive approach to blockchain and distributed-ledger technology. JR East, one of the largest train companies in Japan, is exploring the use of blockchain to allow users of Suica, their popular smartcard widely used across restaurants and stores, to pay for services using crypto. Mitsubishi UFJ, Japan’s largest bank and one of the biggest financial institutions worldwide, has been working for close to two years on its on cryptocurrency, called MUFG-Coin, in essence a stable-coin to reduce costs relating to payments and remittances. Sumitomo Mitsui Banking Corp and Mitsui & Co (one of Japan’s leading trading companies) recently partnered with blockchain protocol developers R3 to use R3’s Marco Polo, a trade-finance focused solution providing paperless, real-time connectivity to the complex supply chain involved with international trade.

The strong momentum behind blockchain initiatives in Japan and the clear and market-friendly evolution of local regulations indicate that Japan is set to grow its position as a leading jurisdiction for anything blockchain-related. Nevertheless, Japan is notoriously a difficult country to do business in, with a strong and unique culture that normally requires a long-term approach and plenty of patience. As such, the relatively fast paced development of the crypto market and blockchain technology should not be seen as evidence for an easy entry into the Japanese market, but as an opportunity to develop an innovative business proposition in a large, established and welcoming market.

Maurizio Raffone is the CEO of Finetiq Limited, a management consulting firm focused on the FinTech industry and active in Japan and Hong Kong. 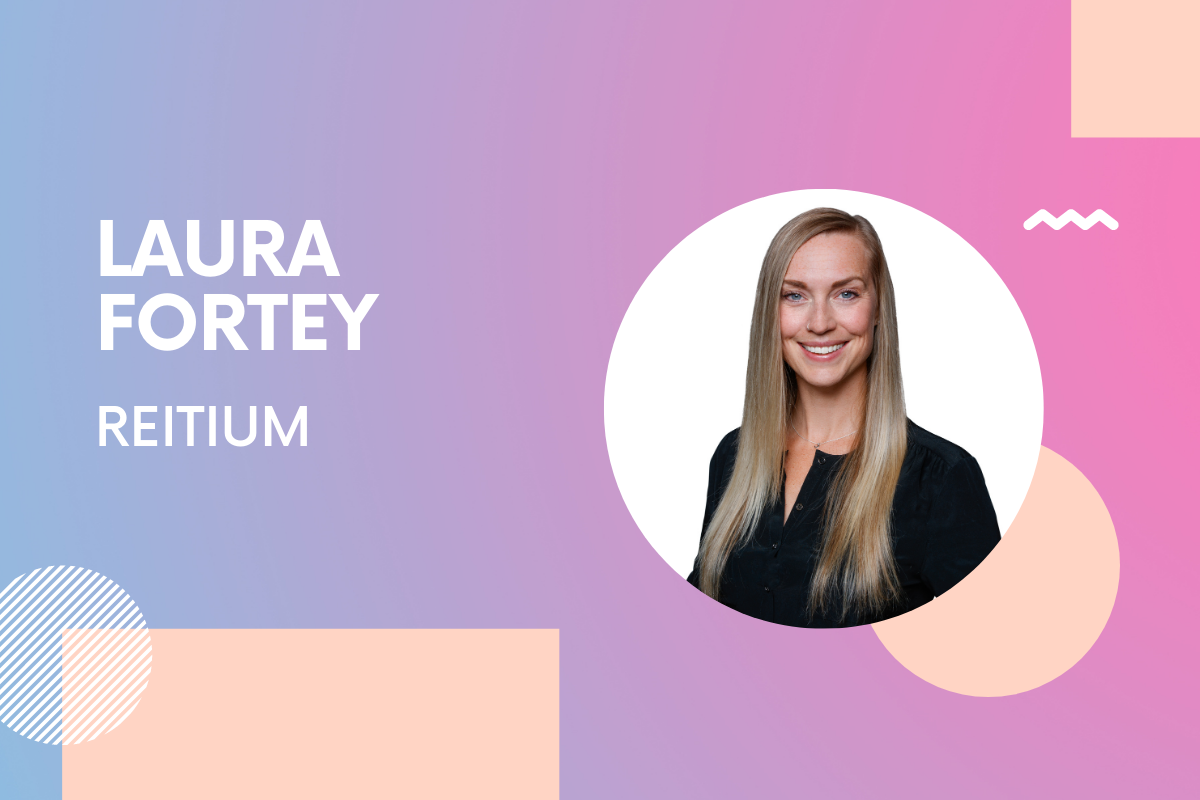 REITIUM Co-Founder Laura Fortey: 'Don't be afraid to tell others what you're working on' 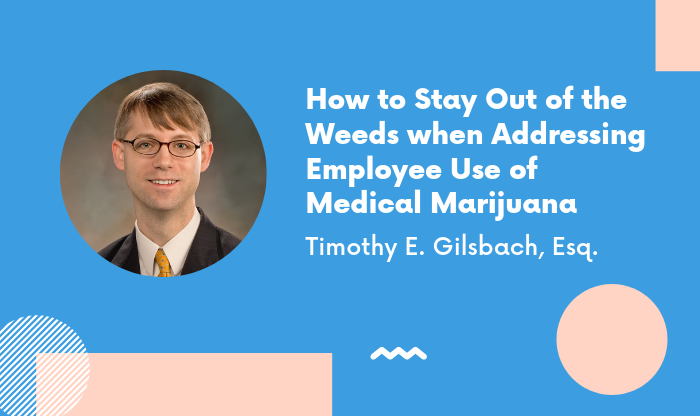